The Three Different Types of Dents We Can Repair

At Bumper Buddies, we see a wide range of cosmetic damage to car bumpers, fenders, and side panels. Whether it’s from a fender bender on the freeway or scratches on the side from taking a turn too tight, we’re intimately familiar with many different ways a car’s exterior can get dinged, cracked, or otherwise blemished. Fortunately, whether you’re driving around Redondo Beach, Anaheim, Laguna Niguel, or Riverside, Bumper Buddies has you covered when it comes to car bumper damage. The most common type of damage we see by far is dents, and if you want to keep your car looking good and running smoothly, it’s important to have dent repair performed as soon as possible. At Bumper Buddies, we can fix many kinds of dents, with these three being the most common.

Round dents are some of the most common types of dents, and they are typically caused by small objects such as hail, rocks, or sports balls striking the car. These dents can have either a small point in the middle or just consist of a shallow indent in the metal. Fortunately, these types of dents rarely cause any unfixable damage to the metal or paint job, which means that paintless dent repair (PDR) techniques can easily fix them. These PDR techniques are not only fast and easy to perform, but they are also cheaper because they require fewer tools and materials.

These are the dents typically seen after parking lot incidents such as a rogue shopping cart or someone opening their door into your car’s side. Dings can be deeper and more severe than a round dent, with a defined valley in the dent. Thankfully, as long as there is no damage to the paint, these dings can typically be fixed with PDR techniques that pop dents back into their original shape.

A creased dent typically occurs after something long and thin, such as a tree limb or a bicycle’s handlebar, gets dragged across the side of the vehicle. This not only dents the metal panels of the car’s body but often damages the paint job as well. These types of dents are particularly bad because they can alter the metal panel’s “memory,” which is the shape of the metal when it was originally heated and shaped during production. If crease dents aren’t fixed quickly, they can result in more dents later on as the metal more easily returns to a shape that it shouldn’t. Even for crease dents with paint damage, however, Bumper Buddies has you covered with our mobile dent repair service. Not only can we massage the dent back into the proper shape, but we can also restore your paint job with our range of PPG paints. These paints are computer-matched to blend with your car’s paint job and are water-based to minimize their environmental impact.

For all your dent removal needs, you can trust the professionals at Bumper Buddies. From Redondo Beach to Laguna Niguel and from Anaheim to Riverside, our mobile dent repair service will drive out to repair your car or truck wherever it is. Whether you’re at work, home, school, or your favorite coffee shop, our certified technicians can service your vehicle in a matter of hours, not the days it would take at a conventional body shop. If you’d like to learn more about our mobile dent repair service or get a free estimate, give us a call at (888) 711-5074. 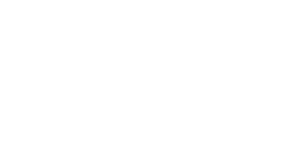